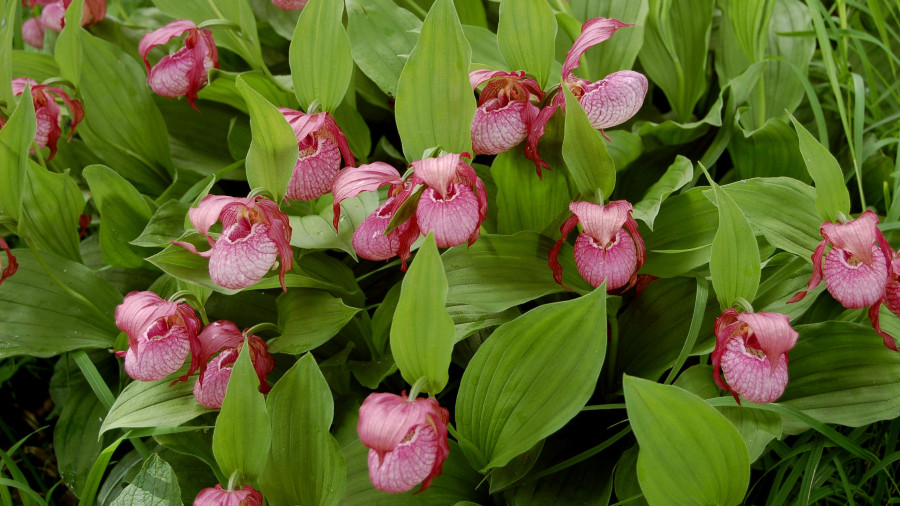 Orchids of the Boreal zone are rare species. Most of the 28,000 species of the Orchid family actually live in the tropics. In the Boreal zone, ground orchids can hardly tolerate competition from other plants — mainly forbs or grasses. So they are often pushed into ecotones — border areas between meadows and forests, or between forests and swamps.

Furthermore, there has been a decline in wild orchids all over North America and Eurasia, caused in part by human-induced destruction of their habitats, the transformation of ecosystems, and the harvesting of flowers from the wild.

In the Novosibirsk region, 30 orchid species have been found, and about 40 in the entire Siberia.

Trending
An invasive plant may cost a Caribbean island 576,704 dollars per year

It is no coincidence that many orchids are included in regional and national Red Book lists, with dedicated protected areas created to preserve them. When specialists find high concentrations of orchid species in a small area, it is always a significant discovery, in terms of both science and ecology. A recent publication in the open-access, peer-reviewed scientific journal Acta Biologica Sibirica describes one such area.

About 15 years ago, local biology teacher Yuri Panov found a place with mass growth of 13 orchid species in the Novosibirsk region. Together with his students, he studied the territory and took care of it, hanging birdhouses. The place was informally called School Orchid Zapovednik.

In 2014, a wildfire from nearby farm fields broke out in the area. Fortunately, the orchid populations did not suffer much – in fact, this disturbance partially contributed to their growth in some areas, reducing competition from grasses and shrubs. However, the danger of frequent fires prompted Panov to invite specialists for a thorough botanical survey of the territory.

Researchers Alexander Dubynin, Inessa Selyutina and Alexandra Egorova of the Central Siberian Botanical Garden in Novosibirsk, and Mikhail Blinnikov of Kazan Federal University have been working in the area since 2017, registering the occurrences of orchids and photographing plants for the iNaturalist platform. There and in adjacent territories, they discovered a total of 14 orchid species, some of which were new to this territory and had never been registered before.

The area in  Novosibirsk region is truly unique. Here, researchers found one of the largest populations of large-flowered lady’s-slipper (Cypripedium macranthos) in Northern Eurasia, with up to 5,000 individual plants. The Cypripedium calceolus Lady’s-slipper orchid and the rare and beautiful bloated lady’s slipper (Cypripedium ventricosum) were also plentiful. Some of the discovered orchids require further study, such as the hybrids between Dactylorhiza and Gymnadenia and some unusual forms of Platanthera.

After an expert description of the territory, a new Important Plant Area was nominated for South Siberia. “Based on the analysis of plant species composition of protected areas in Novosibirsk Region,” Alexander Dubynin resumes, “we conclude that in situ preservation of orchids in the region is overall insufficient. It is therefore necessary to organize a new protected area ‘Orchid Zapovednik’ in the category of ‘botanical Zakaznik’ on 335 hectares with an explicit floral diversity conservation mandate and long-term orchid population monitoring.”

Over the past three years, the territory has increasingly attracted the attention of researchers and educators, becoming a kind of a ‘field laboratory’ for the study of orchid communities in South Siberia.