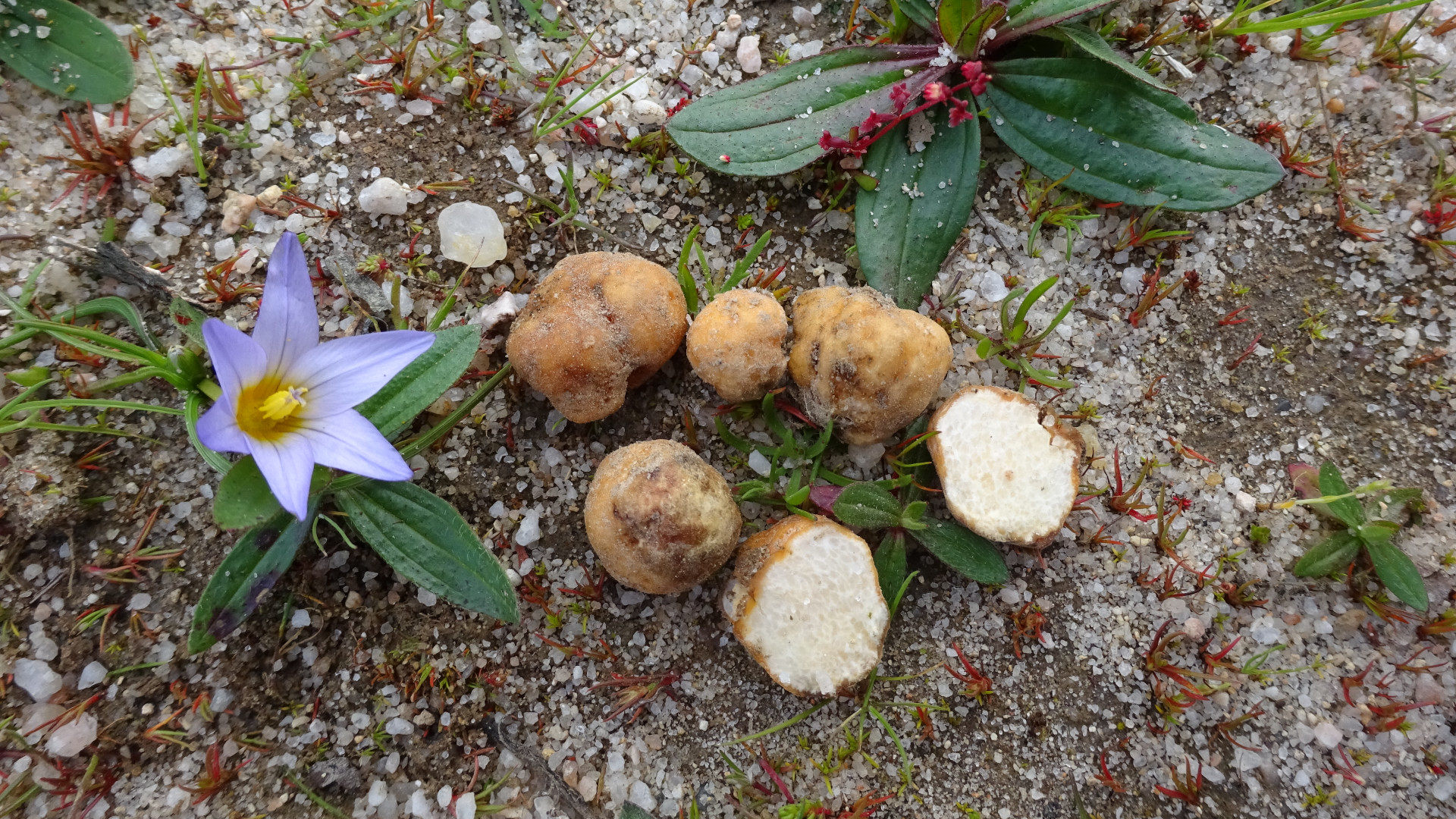 In a caring, symbiotic relationship, mycorrhizal fungi live and feed in the roots of specific plants, while providing water and nutrients to their ‘companion’. In arid and semi-arid environments, mycorrhization processes are essential to the survival of both plants and fungi. Moreover, the fungus’ hyphal network, which spreads within the soil connecting several plant individuals, is of utmost importance to enhancing soil quality and fertility.

Researchers of the University of Évora in Portugal, led by biologist Celeste Santos e Silva, worked on Terfezia fungi, the most diverse and species-rich genus among desert truffles. Their study, published in the open-access journal MycoKeys, might prove particularly valuable to rural populations in the Mediterranean basin, where desert truffles, highly valued in local markets, are an important food source. Increasingly turning into an exquisite component of the Mediterranean diet, Terfezia products can also be very profitable. Furthermore, these fungi are essential for soil conservation, preventing erosion and desertification.

After 8 years of exhaustive field exploration in search of desert truffles and many hours in the molecular biology lab, the researchers noted some previously unknown trends in the ecology of Terfezia species. They recorded seven species that were new to Portugal, including two that are new to science – Terfezia lusitanica and Terfezia solaris-libera. This brings the number of Terfezia species known to be growing in the country to ten. Particularly important was the discovery of a broader ecological range for many of the studied species (e.g. Terfezia grisea). Adding valuable information about their possible hosts, symbionts and ecological constraints, these findings help open new opportunities for truffle cultivation.

“It is very difficult to identify all specimens given that the Terfezia species look so much alike, and molecular biology was absolutely fundamental here”, explains the researcher. “The technique was essential to update and solve problems about their taxonomy and the relationship between the species in the genus.”

Furthermore, the discoveries are also expected to positively impact the local communities by stimulating agriculture produce, business and even employment.

Knowledge gained in this research about the conditions in which different Terfezia species grow is an important step to desert truffle cultivation: the fungi are hard to find in the wild, which is why it would make a big difference – including financially – for local communities if they figure out a way to grow truffles themselves.

Within the project “Mycorrhization of Cistus spp with Terfezia arenaria (Moris) Trappe and its application in the production of desert truffles” (ALT20-03-0145-FEDER-000006), the researchers took a step forward towards achieving mycorrhizal association of desert truffles with perennial plants (rock roses), which would allow their mass production for various sectors such as food, medicine and soil recovery. This new form of production, assures the MED researcher and leader of the project, “will make it possible to create more jobs, reversing the current trend towards desertification in rural areas, while being a great tool for ecosystem recovery and restoration”.