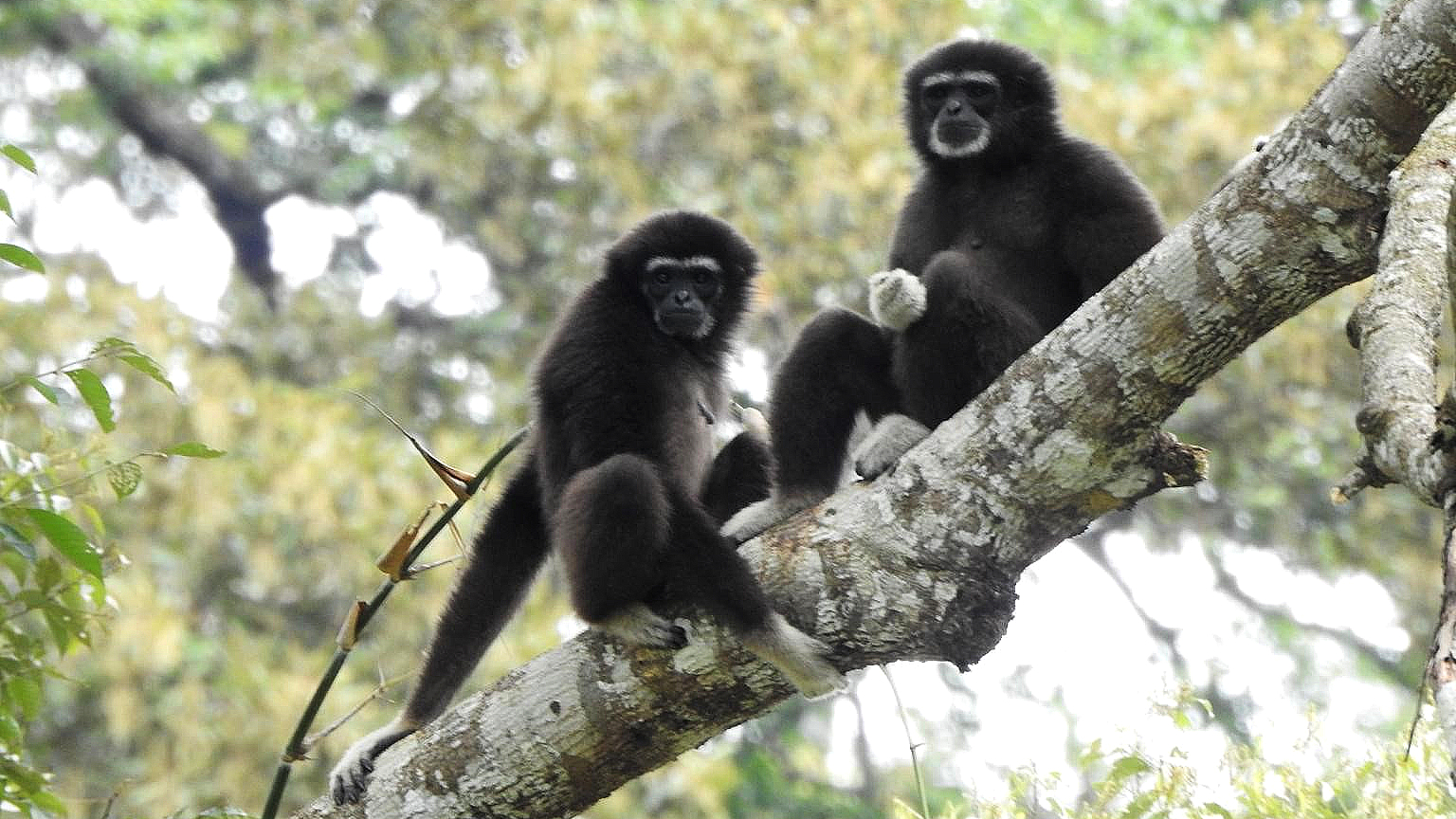 Many captive gibbons kept in zoos and rescue centres have been seized from illegal pet trade, private collectors, and plantations where their natural habitats are getting destroyed.

In 2013, the National Wildlife Rescue Centre (NWRC) of the Department of Wildlife and National Parks (PERHILITAN) was established in Peninsular Malaysia to help with the rehabilitation of wildlife species – including gibbons – before they are reintroduced or translocated back to the wild. Under the Primate Rehabilitation Programme initiated by PERHILITAN, captive gibbons have to go through a number of procedures and assessments, where their taxonomy and genetics might be examined, before they can go back to living in the wild.

Following the Guidelines for Reintroductions and Other Conservation Translocations provided by the IUCN Species Survival Commission, researchers Dr Jeffrine J. Rovie-Ryan from Universiti Malaysia Sarawak and Millawati Gani and colleagues from the National Wildlife Forensic Laboratory of PERHILITAN conducted a genetic assessment on 12 captive white-handed gibbons in NWRC. Determining the subspecies and origin of the animals is an important step that informs further decisions on their translocation and reintroduction.

In a research paper published in the open-access journal ZooKeys, the team describes a previously unknown southern population of the white-handed gibbon subspecies lar living in Peninsular Malaysia. In what started as a straightforward species and subspecies identification process using DNA technology, the researchers discovered unusual mutations in the DNA of the studied gibbons. This is how the researchers found themselves before a distinct population, which they concluded must have been evolving in isolation.

“Given the prolonged isolation, it is likely that the southern population has undergone some local speciation, but this finding should be regarded as preliminary and requires further investigation,” explained Dr Jeffrine. Furthermore, the researchers suggest there might be a northern population inhabiting Southern Thailand.

Still going through rehabilitation, the gibbons from the study have been pre-released into a semi-wild enclosure known as Pulau Ungka (Gibbon Island), where their recovery is closely monitored by primate experts of PERHILITAN.