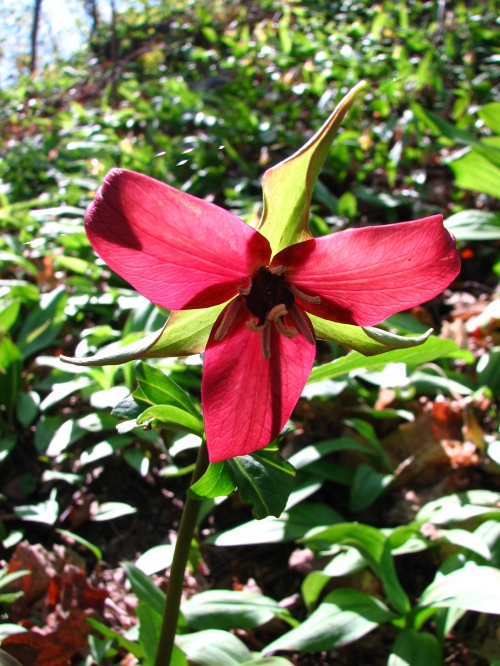 Environmental consultants, research ecologists, nature conservation agencies, city managers, translators, and many others, all need to put names to plants at one time or another. The sources used often are not scientifically up-to-date, making it difficult to figure out the accepted name or proper vernacular to use in a vast country like Canada. The VASCAN database simplifies this task for all users.

The database content was developed by a team of botanists led by Dr. Luc Brouillet, a specialist of the Canadian flora, curator of the Marie-Victorin Herbarium, and a researcher at the Université de Montréal Biodiversity Centre and Institut de recherche en biologie végétale, Canada. Data are maintained and improved thanks to input from the whole botanical community. The software was developed under the leadership of Peter Desmet, formerly Biodiversity Informatics Manager of Canadensys, a Canada-wide biodiversity information network based at the Biodiversity Centre, and currently LifeWatch team coordinator at the Research Institute for Nature and Forest (INBO), Belgium.

The VASCAN database comprises names for 5,124 vascular plants in Canada, Saint Pierre and Miquelon (France) and Greenland, roughly half of the North American continent, a zone that includes temperate and boreal forests, prairies, and tundra. The plant groups that make up vascular plants are lycopods, ferns and their relatives, conifers and flowering plants.

The database contains accepted scientific names as well as synonyms, and Canadian vernacular names in English and French (recommended or alternate regional usages). For each plant, the distribution within Canada at the provincial or territorial level is provided both in map and text form. All information is documented with a source.

Users may find information on the plants they are interested in by a simple search, using either a scientific or a vernacular name; all names can be searched. Searches are fast and the results provide all the information on the plant present in VASCAN. Users may also use the checklist builder to create their own, customized lists of plants. They can also download the whole database as a Darwin Core Archive.

Data are being continuously updated with the help of the whole community of Canadian botanists and amateur scientists. All VASCAN data have been released to the public domain and are fully accessible without restriction (under the Creative Common Zero waiver. Canadensys, a Canadian network for biodiversity information, is the publisher of VASCAN.