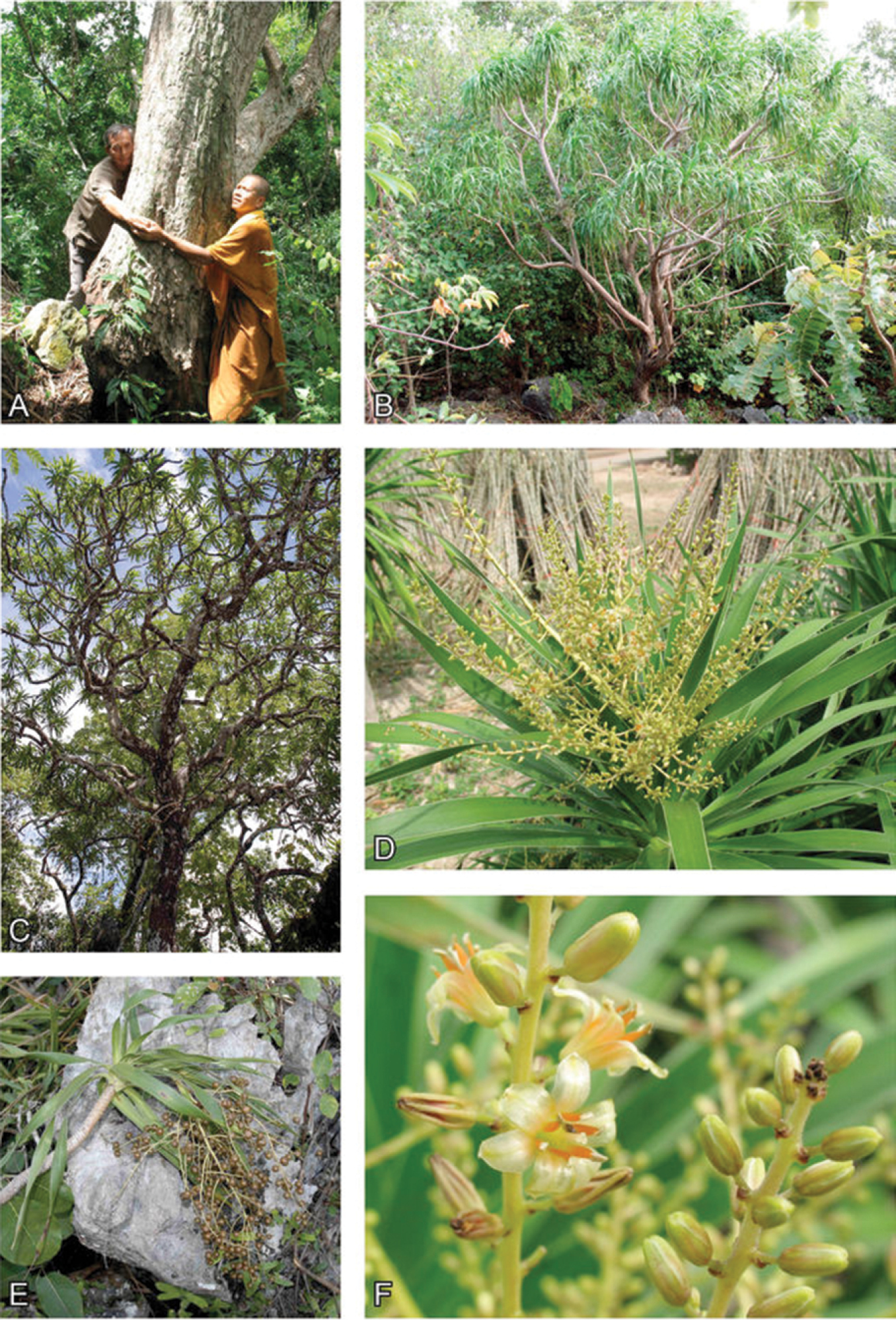 The newly discovered dragon tree species Dracaena kaweesakii from Thailand is characterized by its extensive branching. The new species reaches an impressive 12 m in both height and crown diameter, and has beautiful soft sword-shaped leaves with white edges and cream flowers with bright orange filaments, all highly distinctive features. The study describing this exciting new species was published in the open access journal Phytokeys by an international team of scientists.

Dracaena kaweesakii is a relative of the beautiful Canary Island dragon tree Dracaena draco. It is an ecologically important species found only on limestone hills and mountains that are often associated with Buddhist temples in Thailand.

Dracaena kaweesakii is extracted from the wild for use in horticulture in Thailand and is one of the more popular species due to its extensive branching. Dracaena species in general are thought by Thai people to bring luck to households that have them, hence their popularity. A number of populations of D. kaweesakii are protected by proximity to temples or having been transplanted into their gardens. There is no direct evidence yet of over-extraction but sustainability studies are needed at population level to insure the protection of this beautiful species.

“Dracaena kaweesakii is thought to be endangered through having a limited distribution, destruction of limestone for concrete and extraction of trees for gardens.” comments Dr. Wilkin about the conservation status of the new dragon tree species.