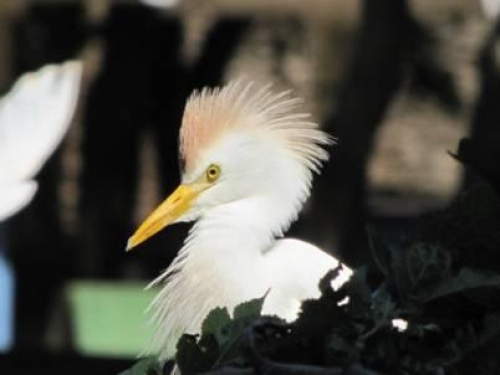 In recent years the cattle egret (Bubulcus ibis) has colonized American continent. Invasive species are a worldwide problem and studies are devoted to assess the damage they cause to local species populations. Thus, the process of colonization of a new territory that has continental dimensions such as Brazil offers an excellent opportunity to examine how non-native species disperse, adapt and survive. A new study of the colonization patterns of the cattle egret in Brazil, published in the open access journal NeoBiota, offers a new take on the study of alien species.

The cattle egret primarily inhabits grassland habitats and forages in close association with grazing animals, such as cattle and other livestock. This bird is native to tropical and subtropical Africa, southern Europe and western Asia. The populations of cattle egret in Brazil are alien to the region but unlike a number of bird species that have been introduced to non-native areas through human intervention, the cattle egret is known to have established and expanded to the Americas without such intervention.

The first sightings in the New World were reported for Suriname between 1877 and 1882 in the North of South America, followed by sightings in British Guiana and Colombia and subsequent expansion throughout the Americas. In Brazil, the cattle egret was first recorded in the northern region of the country in 1964, feeding along with buffalos on Marajo Island in the state of Para.

Novel colonizers can cause problems outside of their native range. While the cattle egret is not currently a threat to native fauna in Brazil throughout most of its geographic distribution, it has the potential to produce adverse effects, as evidenced by its occupation of island environments. For example, in the Fernando de Noronha archipelago, the cattle egret drives adult native seabirds away from their nests in breeding colonies and predates the Noronha skink, which is endemic to the archipelago.

Understanding how the cattle egret colonized Brazil is crucial for the better understanding of dispersal patterns of bird populations and their interaction with the local species. Explaining the colonization of the Americas by the cattle egret is a challenging task due to the lack of sufficient information and reports on entrance time, locality, and number of events. Comparisons between native and non-native populations can provide a ‘natural’ experimental approach to clarify the biological and environmental factors that may contribute to range expansion and adaptation to climate change, and to reveal mechanisms by which organisms respond to novel ecological and environmental pressures.