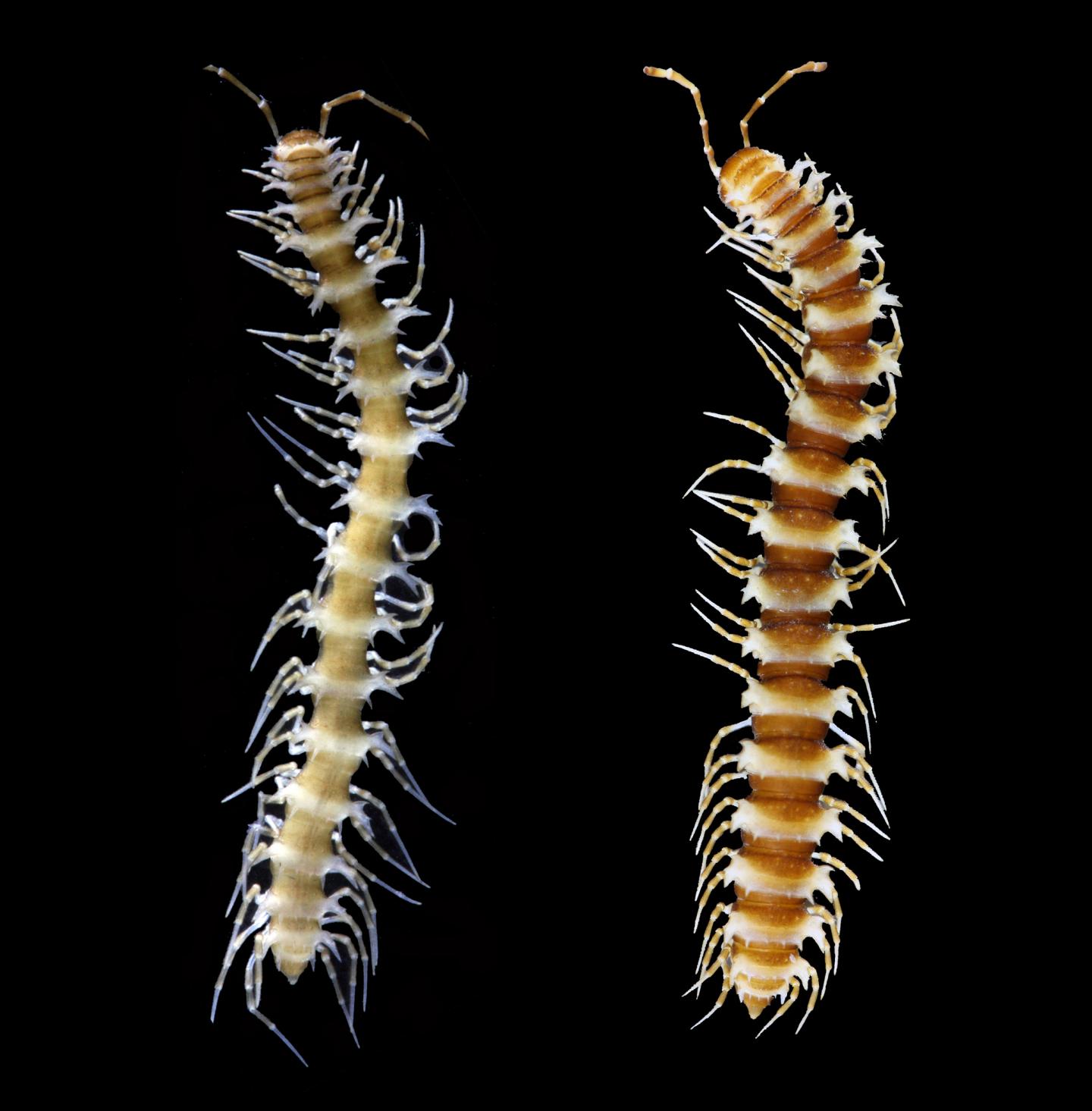 A team of speleobiologists from the South China Agriculture University and theRussian Academy of Sciences have described four new species of dragon millipedes from southern China, two of which seem to be cave dwellers. The study was published in the open access journal ZooKeys.

The millipede genus Desmoxytes is well-known because the dragon-like appearance of the species in it. The four new species all can be recognized by their spiky body, the distinctive characteristic which gave the representatives of the genus their unique common name.

Unlike other groups of cave millipedes, which are usually very common, the representatives of Desmoxytes are comparatively rare in caves, and always with low in numbers populations. In addition, they are often distributed in a narrow geographical area, or even only present in a single cave, or cave system. Because of such rarity and endemism, dragon millipedes are ideal material for evolutionary studies.

China holds the greatest diversity of Desmoxytes species. Up to now, China has 14 millipedes of the genus, including 9 cavernicolous species. It is believed, however, that the country holds a greater diversity of these bizarre creatures, which are yet to be discovered in future.