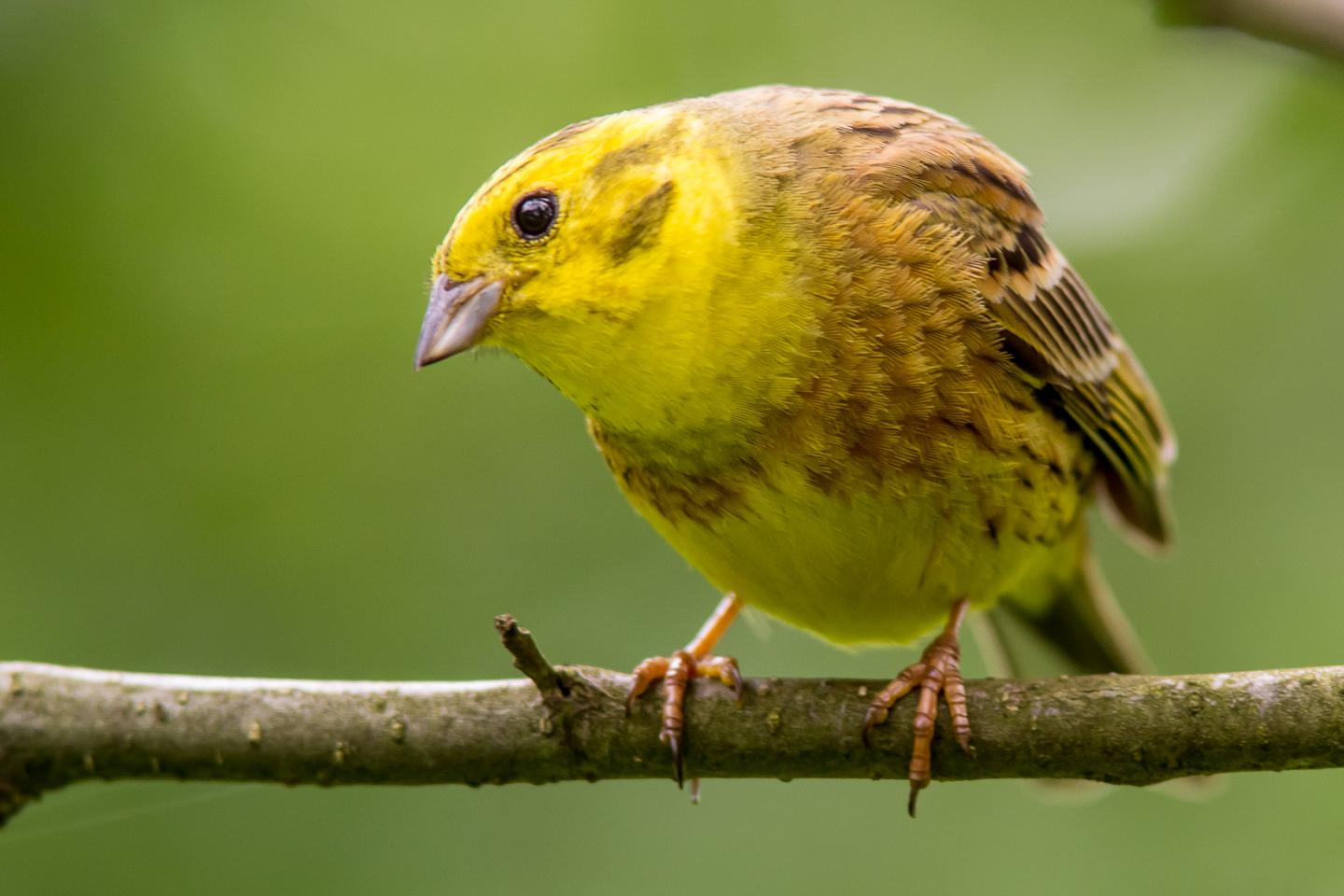 Yellowhammers are small, colourful and apparently innocuous birds, but they were once considered to be enemies by farmers in New Zealand. Yellowhammers were introduced there to help fight insect crop pests, but instead became pests themselves. A new study published in the open access journal NeoBiota, uses newspapers and documents from the 19th century to reconstruct the history of how the yellowhammer went from hero to villain in New Zealand in just 15 years.

Research into the history of the yellowhammer in New Zealand began as part of a citizen-science project focused on the evolution of birdsong, Yellowhammer Dialects. However, the history turned out to be so interesting that it warranted telling in its own right. In a plot worthy of a historical detective novel, scientists used newspaper articles from 19th century, and original documents (letters, bills and minutes from meetings) kept by Acclimatisation Societies (organisations founded specifically to introduce new animals and plants to New Zealand), to follow the trail of the yellowhammer from Europe to New Zealand with a surprising level of precision. Their detective work revealed how it went from welcome guest to public enemy number one.

The population of New Zealand settlers in the middle 19th century was fast growing. The same was true, though, for insect crop pests, particularly caterpillars and black field crickets. Normally, pests like these would be kept under control by insectivorous birds. However, New Zealand had none available to do the job.

The settlers had cleared away New Zealand’s forests, and native birds had disappeared with them. In the circumstances, introducing insectivorous birds from England seemed to make sense. Yet, the bird species chosen by the Acclimatisation Societies for the task included some surprises, and the yellowhammer was one of the biggest. It is obvious to us today that this heavy-billed bunting is primarily a consumer of seeds rather than insects, but it seems it was not so obvious back then.

During the 1860’s and 1870’s, 25 ships set out from London to various ports around New Zealand with these birds on board. Some were ordered by Acclimatisation Societies, some were sent for privately. A quarter of these shipments were organised by one family, Bills & sons from Brighton, and many of the yellowhammers came from the area around this English coastal town.

The detective work by the scientists not only identified where the yellowhammers came from, but also where they ended up. They were able to pinpoint localities of release, and sometimes even how many birds were liberated there. The yellowhammers were initially warmly welcomed by the Kiwis (as New Zealanders have become known), but soon the local farmers started to complain about their taste for their cereal crops. Yet these complaints fell on deaf ears as the Acclimatisation Societies, with Government support, continued to promote the introduction of yellowhammers.

In 1880, the last shipment of yellowhammers arrived, but these birds were never set free. Public pressure forced the Acclimatisation Society to get rid of them, and they were sent to Australia. From then on, yellowhammers became the target of shooting, egg-collection, and poisoning: all means were allowed to rid the countryside of this now unwelcome guest. By then it was too late: yellowhammers were well and truly Kiwis, and they remain common and widespread in New Zealand to this day.

The detective work of these scientists shows how much there is to be learnt about the natural histories of our countries by delving into their social histories. Today’s newspapers might be viewed as tomorrow’s waste paper, but who knows who might be interested in your story in a century’s time? Introduced species continue to cause major environmental and economic damage, as the yellowhammer once did in New Zealand. Detective work like this can help us to understand how and why particular species establish successfully in new regions, and so catch future public enemies before they have the chance to wreak their havoc.