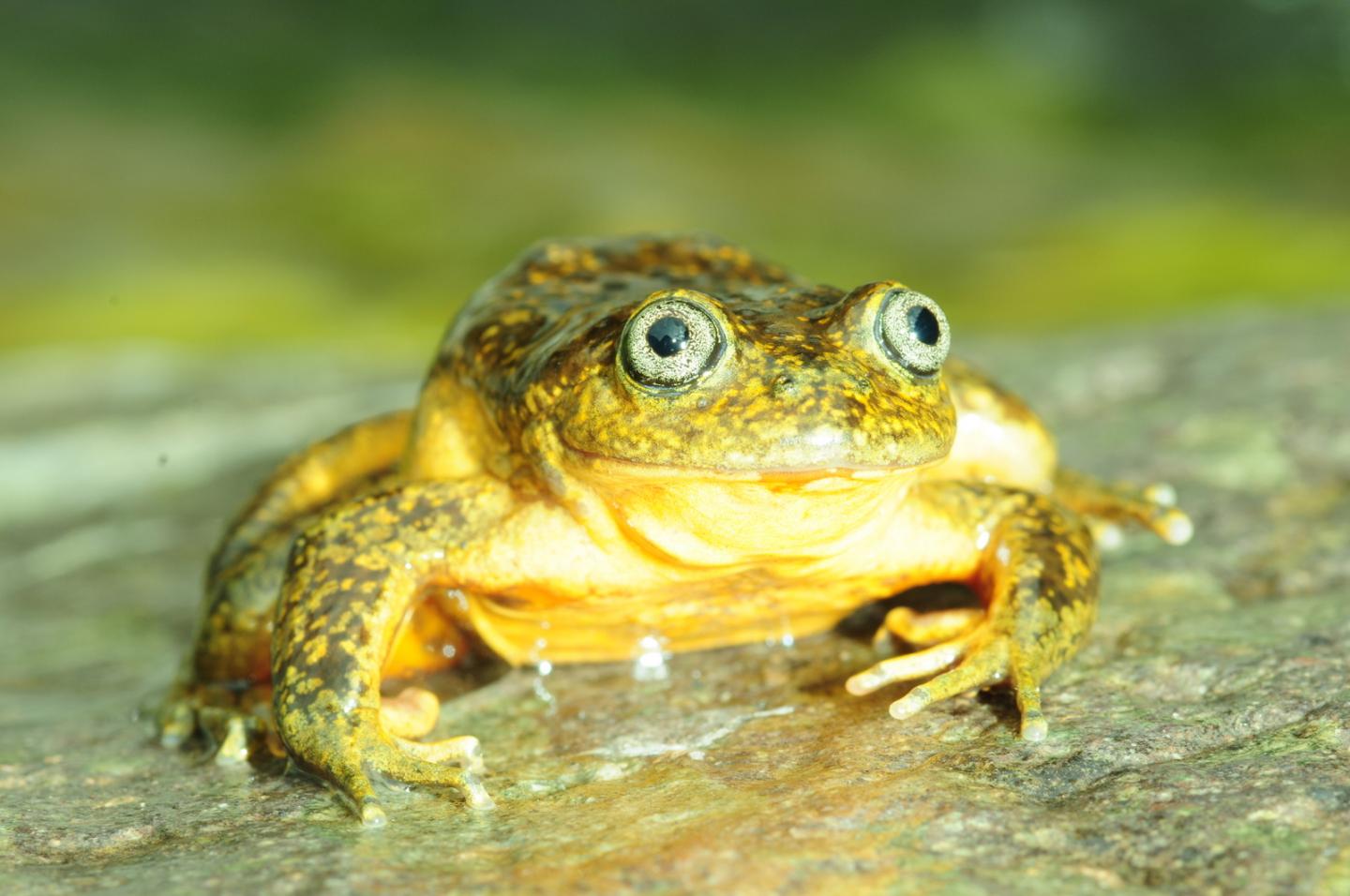 Scientists discovered a new water frog species from the Pacific slopes of the Andes in central Peru. The discovery was published in the open access journal ZooKeys.

The name of the new species Telmatobius ventriflavum comes from the Latin venter, meaning belly, and flavus, meaning yellow and refers to the golden yellow and orange coloration on the body.

The Telmatobiinae, water frogs, are a subfamily of frogs endemic to the Andes of South America. The populations of several species of Telmatobius have declined dramatically over the past 30 years, and the genus is now thought to be extinct in Ecuador. These declines have been associated with the spread of the fungal disease chytridiomycosis.

The new species was discovered in the species-poor coastal valleys of central Peru, a region well studied but apparently still hiding surprises.

“The discovery of a new species in such arid and easily accessible environments shows that much remains to be done to document amphibian diversity in the Andes.” comments the lead author of the study Dr. Alessandro Catenazzi of Southern Illinois University Carbondale.

The study detected the presence of the chytrid fungus, but the impact of chytridiomycosis on the new species is unknown. The authors recommend disease surveillance to prevent outbreaks that might endanger the survival of this endemic species.

The new species was found during a survey in 2012 for the Biodiversity and Monitoring Assessment Program of the Smithsonian Conservation Biology Institute’s Center for Conservation Education and Sustainability.