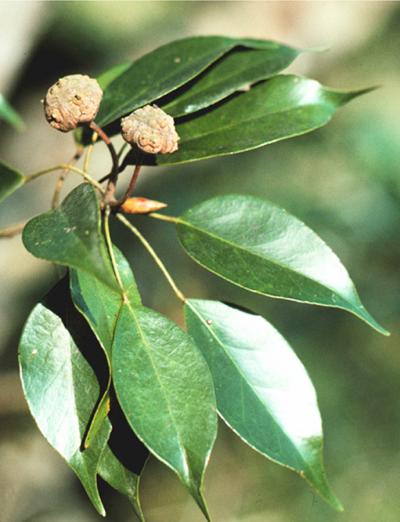 The sweet-gum family Altingiaceae is a small group of wind-pollinated trees that produce hard, woody fruits that contain numerous seeds. This widespread tree family has been puzzling botanists for a while, due to its complicated taxonomic structure, and the morphological similarities between the different genera which makes their separation and description a challenge. Best known for their biogeographic intercontinental disjunction between E Asia and E North America, recent molecular analysis have shown that Altingia and Semiliquidambar are nested within Liquidambar.

A new taxonomic synopsis, published in the open access journal PhytoKeys, formally transfers all Altingia and Semiliquidambar taxa to Liquidambar, which has nomenclatural priority and provides a new analysis including nine new combinations.

Traditionally classified into members with a predominantly temperate distribution (Liquidambar), those with a largely tropical to subtropical distribution (Altingia) are also presented in the new study, including the taxonomic enumeration and distribution of 15 recognized species based on studies of 1,500 specimens from 24 herbaria throughout the distributional range of the taxa.

Despite the difficulties in their taxonomy, sweet gum trees are in fact widely distributed and well known, due to their varied uses by people. They are valued for their high quality timber and they produce fragrant resin (styrax). Some species are also cultivated as ornamentals, while others are locally highly prized for the roots and bark used in traditional Chinese medicine. Some species are local endemics and Liquidambar chingii is listed as near-threatened by the IUCN.