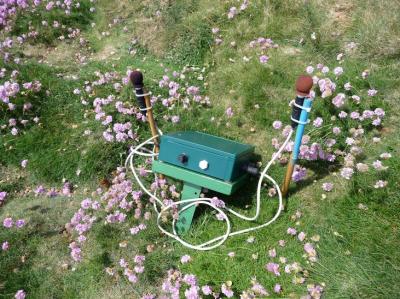 Seabirds nest in places that are inaccessible for most humans – vertical cliffs and remote islands surrounded by raging waves. Worse still, many seabirds lay their eggs in burrows or cavities where they are protected from inclement weather and invisible for researchers. Hidden under rocks or in burrows during the day, and flying around only during dark nights – counting these birds is a researcher’s nightmare.

Despite their cryptic behaviour, the seabirds are ill-prepared to fend off furry invaders. Humans have brought cats and rats to many islands around the world, where the cats and rats roam freely and kill seabirds. Especially those seabirds that nest in burrows are often unable to escape, and many species have disappeared from islands where cats or rats have been introduced.

Although researchers have known for decades that many seabirds are in trouble, it is surprisingly hard to put a number on how fast populations decline. “Those species that are most vulnerable to rats are often the ones that are the most difficult to count.” says Steffen Oppel, a Conservation Scientist with the RSPB who recently tested a new approach to count the invisible birds with colleagues from SPEA in Portugal.

Seabirds that nest underground may be all but invisible in their breeding colonies, but they are very noisy at night. And the more birds there are, the louder a colony is. Oppel and his colleagues set up sound recorders on a remote island in the North Atlantic for two years to ‘count’ the number of nesting birds by recording their calls at night. They painstakingly counted every nest near the recorders to test whether larger colonies do in fact make more noise. The study was published in the open access journal Nature Conservation.

“Recording seabird calls for a few months is the easy part – but making sense of 1000s of hours of sound recording is quite tricky.” says Oppel. Together with Matthew McKown, a seabird researcher who specialises on sound recordings, the team developed an algorithm that automatically counted the seabird calls in terabytes of recordings. The results conformed with expectations: places with the most nests did indeed register the highest number of calls. With that relationship established, the team then extrapolated the seabird population size for the entire island – a number that had so far been derived from wild guesses.

“Estimating exactly how many birds nest on a cliff is not very precise.” admits Oppel, but the sound recordings provide a very valuable index of how large seabird colonies are. “We can use this index over time to assess whether colonies are stable or decreasing – which is extremely important for many remote colonies about which we know very little.”